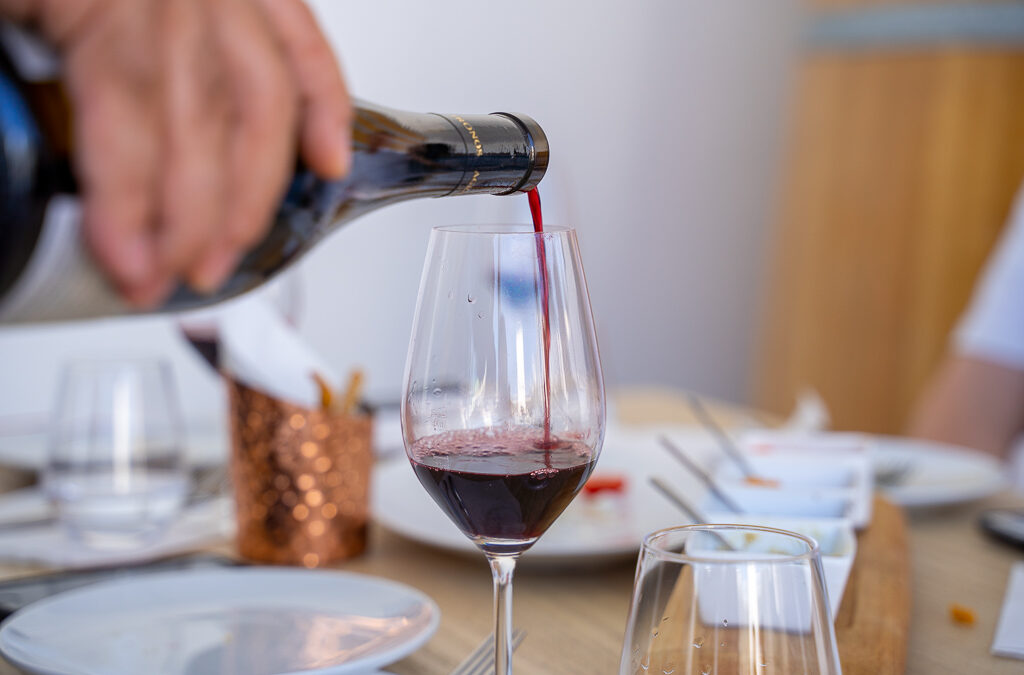 With hundreds of varieties of red wine grapes, there is as much red wine information to learn about as there are red grapes planted in all corners of the globe. That being said, you’ll likely encounter only a handful of these grapes most often. Here, we cover the flavor profiles and regions of the most common red wine grapes. You can certainly choose to discover more beyond this short list, but for a quick and easy red wine 101, the following will fit the bill.

Cabernet Franc / Flavors: Violets, blueberry, earth, black olive, coffee
Along with Cabernet Sauvignon and Merlot, Cabernet Franc is part of the essential blending triad that makes up the majority of the Bordeaux blend (and Meritage) red wines produced in the United States. On its own, Cabernet Franc is a more tannic, earthy cousin to Cabernet Sauvignon. In warmer sites outside of Europe, its most distinctive attributes are its pure notes of violets and blueberry, and its ripe tannins often carry the scent of fresh roasted coffee. It is made (though rarely labeled) as a varietal in Chinon, Bourgueil, and Saumur-Champigny, where it is hard and tannic and can evoke an austere minerality. In Pomerol and Saint-Émilion it is featured in blends with Merlot, adding a spicy, pungent, sometimes minty note.

Cabernet Sauvignon / Flavors: Bell pepper, green olive, herb, cassis, black cherry
The primary component of great Bordeaux and the defining grape of the Napa Valley, Cabernet Sauvignon is grown all over the world, but rarely achieves greatness. It ripens late and can be quite weedy and even vegetal in cooler climate regions such as Chile. In Bordeaux and Tuscany it is almost always blended to soften its intensely astringent tannins. The Napa style is dense, purple-black, jammy and tasting of currants and black cherries. Thick and ripe, layered with expensive new oak scents and flavors, it has almost single-handedly created the phenomenon of the cult wineries. In Washington, the best Cabernet straddles the border between the ripeness of California versions and the nuanced herb, leaf, and olive flavors of great Bordeaux.

Gamay / Flavors: Strawberry, raspberry, cherry
The grape of Beaujolais, Gamay is often made to be drunk quite young, and shows bright, tangy, fruit-driven flavors of strawberry, raspberry, and sweet cherries. When made by the method known as carbonic maceration, young Gamay has a slight effervescence and a distinct smell of bananas. Beaujolais Nouveau, released each year shortly after harvest, is the most famous example.

Grenache/Garnacha Flavors: Spice, cherry
Old vine Grenache makes some of the greatest red wines of both Spain and Australia, and is an important component of Châteauneuf du Pape, Gigondas, and Côtes du Rhône in France. An early-ripening grape, it tends toward high alcohol and low acidity. At its best it creates very fruity, spicy, bold-flavored wines somewhat reminiscent of a softer, less-intense version of Syrah.

Malbec / Flavors: Sour cherry, spice
One of the blending grapes of Bordeaux, Malbec has risen to prominence in Argentina, where it makes spicy, tart red wines that take well to aging in new oak barrels. Elsewhere it remains a minor player, though a few varietally labeled Malbecs are made in California and Washington.

Merlot / Flavors: Watermelon, strawberry, cherry, plum
Merlot is the Chardonnay of reds, easy to pronounce, easy to like, agreeable, and versatile, but mostly lacking any substantive character of its own. The great exception is Chateau Pétrus, where it comprises 95 percent of the blend. Varietal Merlot rose to popularity in the 1990s but too many insipid, watery, over-priced Merlots have taken the bloom off the rose. Outside of Bordeaux, it is at its very best in Washington state, where it ripens beautifully and creates plump, powerful wines that can age for a decade or more.

Mourvèdre/Mataro Flavors: Spice, cherry
This Mediterranean red grape is especially popular in France and Spain, making medium-bodied, lightly spicy wines with pretty, cherry-flavored fruit. The best sites also add a distinctive, gravelly minerality to the fruit. Some old vine plantings of Mourvèdre remain in California and also in Australia, where it is generally featured in a blend with Shiraz and Grenache.

Nebbiolo / Flavors: Plum, pie cherry, tar
The principal grape of Barolo, Barbaresco, and Gattinara (all made in the Piedmont region of Italy), Nebbiolo unquestionably belongs with the great red wines of the world, but has proven almost impossible to grow anywhere else. California versions, despite decades of effort, remain light, thin and generic.

Pinot Noir / Flavors: Tomato leaf, beet root, pale cherry, blackberry, cola, plum
Pinot Noir is the grape that winemakers love to hate; it is the prettiest, sexiest, most demanding, and least predictable of all. The template for great Pinot Noir is Burgundy, but even there the grape is flighty, fragile, and prone to obstinately weedy flavors. It is a principal component of many Champagnes and other sparkling wines, but can also be ripened to produce wines of surprising density and even jammyness in California, New Zealand, and warm sites in Oregon. Pinot Noir is best expressed as a pure varietal, and is often featured as a single-vineyard wine in Oregon and California, emulating the hundreds of tiny appellations of Burgundy. When at its best, Pinot has an ethereal delicacy yet can age for decades; it is most memorably described as “the iron fist in the velvet glove.”

Sangiovese / Flavors: Pie cherry, anise, tobacco leaf
The principal grape of Tuscany, where it is the primary component of Chianti and Brunello di Montalcino. Sangiovese is relatively light in color and quite firmly acidic. In Italy it shows distinctive flavors of pie cherry, anise, and tobacco; elsewhere it can be rather plain and undistinguished, though some promising bottles have come from Washington’s Walla Walla Valley. Many of Italy’s “Super Tuscan” red blends marry Sangiovese to Cabernet Sauvignon, a combination that both strengthens the Sangiovese and smooths out the Cabernet.

Syrah/Shiraz Flavors: Blackberry, boysenberry, plum, pepper, clove
Plantings of Syrah have exploded in California and Washington, where sappy, spicy, peppery, luscious versions are being made. Known as Shiraz in Australia, it is unarguably that country’s claim to enological fame. Australian Shiraz is made in every conceivable style, from light and fruity to dense and tarry; it is made as a deep red, tannic sparkling wine, and also as a fortified “Port”. In the northern Rhône, the most extraordinary expressions of the grape are produced, especially in Hermitage and Côte Rôtie, where its peppery, dense, spicy fruit is layered into unbelievably complex wines streaked with mineral, smoked meat, tar, wild herb, and leather.

Zinfandel / Flavors: Raspberry, blackberry, black cherry, raisin, prune
For decades Zinfandel was California’s grape, though now it is grown all over the west coast of the United States, in Australia, Italy, and elsewhere, and its ancestry has been traced to Croatia. But California Zinfandel remains the model for all others, and it grows well and vinifies distinctively all over the state. Mendocino makes somewhat rustic versions with hints of Asian spices; Dry Creek Zinfandels are racy and laden with raspberry. In Amador and Gold Rush country it is hot, thick, and jammy, while in Napa it is plush with ripe, sweet black cherry flavors. California Zinfandels now commonly reach 15 or 16 percent alcohol levels; sometimes even higher for late harvest versions. Zinfandel “Ports” are also made. 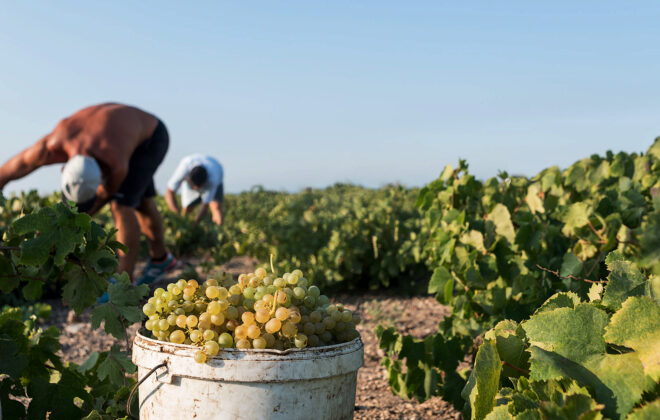 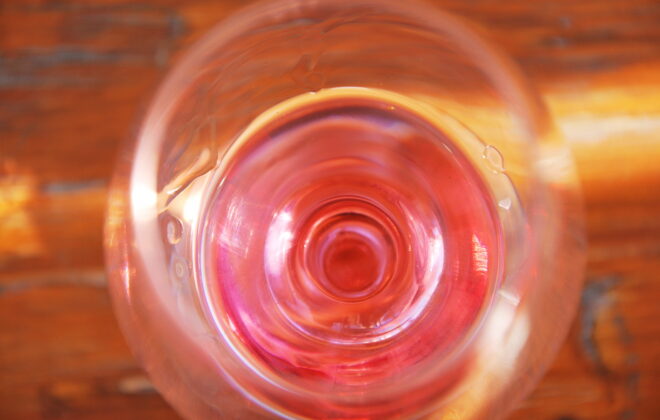 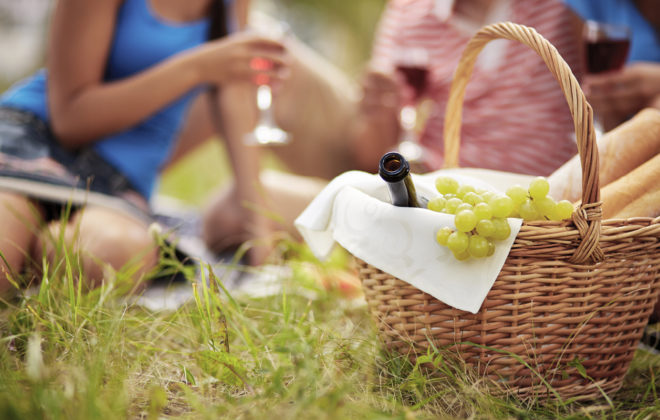 Wine: Does it taste different outdoors?